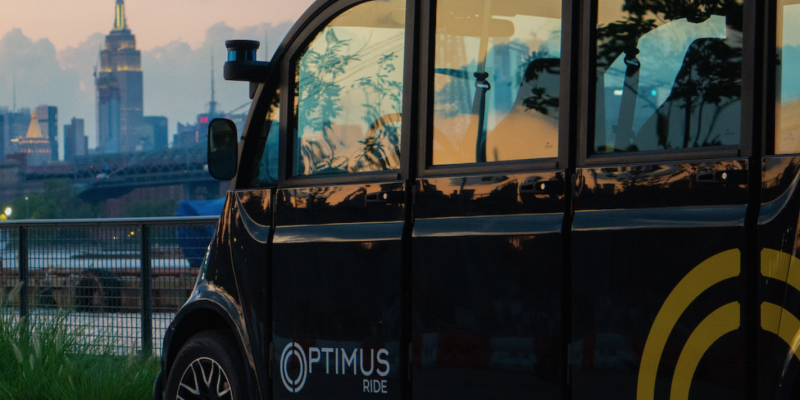 According to The New York Times, self-driving cars will soon begin shuttling people around a one-mile loop at the Brooklyn Navy Yard. The cars are operated by Optimus Ride, a startup company founded in 2015. The company has provided more than 20,000 autonomous rides throughout Boston’s Seaport district, and in select suburban towns.

Though the autonomous vehicles (AVs) are purposefully operated away from high-traffic areas with lots of bikes, pedestrians, and city congestion, anyone can hop in, free of charge. The goal is to transport 500 passengers a day, totaling 16,000 per month.

The location is currently undergoing a $1 billion expansion project in order to double its tenant base by 2021. David Ehrenberg, CEO of the Brooklyn Navy Yard Development Corporation (BNYDC), the not-for-profit company that manages the 300-acre industrial site, described the tremendous endeavor by saying, “This is not a ‘dream small dreams’ master plan.”

In related AV news, TechCruch recently reported that Didi Chuxing’s autonomous driving unit is now an independent company. Didi Chuxing has been a leader in the Chinese ride-sharing and transportation industry since 2016. Didi has already been testing autonomous vehicles in China and recently received a permit for California.

But even with these new market developments, The Washington Post declared that “autonomous car predictions are overly optimistic” as risks increase the more AVs take to the roads. While autonomous 18-wheelers are already on freeways, the shift to suburban streets increases complexity and therefore, the associated dangers.

Global law firm Perkins Coie and the Association for Unmanned Vehicle Systems International conducted a similar survey on autonomous vehicles early this year. The report found that consumer confidence is a top priority for the success of autonomous vehicles. For half of the respondents, the top challenge for bringing AVs to market was concern over liability, including insurance coverage. The survey also addressed the benefits of AVs and found that the top benefits perceived by consumers would be reduced traffic accidents, decreased vehicle servicing costs, and decreased expenditure on fuel.

Here at Drivemode, we are constantly working to make driving safer. As we share the roads with more self-driving vehicles, part of safer driving is staying informed of developments in driving technology.