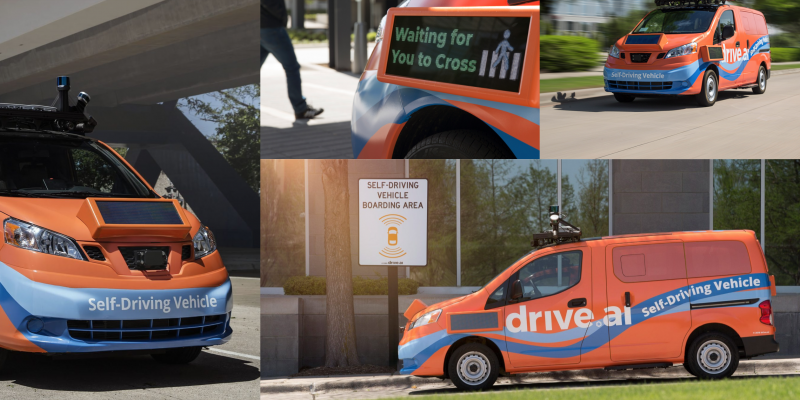 The Implications of Apple's Drive.ai Acquisition

At the end of June, Apple announced it acquired self-driving car startup Drive.ai for an undisclosed purchase price. Previously valued at $200M, Drive.ai was facing its final days, planning to lay off 90 workers with the intent of permanently closing the company. Based in Silicon Valley, Drive.ai was founded by former labmates from Stanford University’s Artificial Intelligence Lab and focused on the use of artificial intelligence in autonomous vehicles, successfully developing cars currently driving in Texas.

The acquisition news came as a surprise to some. Fortune said the acquisition of Drive.ai “throws a monkey wrench into the theory that [Apple] had backed away from an existing self-driving car initiative, known as Project Titan.” In 2019, Apple laid off 190 members of the Project Titan team; but this acquisition shows a continued investment in the technology and brings with it Drive.ai’s engineers, patents, and intellectual property, along with an existing fleet of self-driving vehicles.

As we addressed in April when Elon Musk claimed that buying anything other than a Tesla would be “financially insane,” consumer fear of autonomous vehicles is likely the biggest current obstacle to widespread adoption. According to a 2018 study by the American Automobile Association (AAA), 73% of American drivers would be too afraid to ride in a fully self-driving vehicle. AAA’s 2019 report shows that number has barely budged, with 71% of Americans still fearing a drive in an autonomous vehicle.

In contrast to current sentiment, a forward-looking study conducted by ARM revealed that by 2027, 70% of those surveyed would “trust an autonomous car to drive [their] family if accident rates were better than human drivers.” But that trust would take almost 20 years to build and still only accounts for 3 out of 4 drivers.

Self-driving public transportation is already proving out its markets in cities worldwide, but the individual consumer market is a different beast. One possible way consumers may gain confidence in the AI technology required for vehicles is through the trust they’ve built with existing smart home and assistant technology. As consumers have grown to trust Siri, Alexa, and Cortana to help them around the house and while driving (giving directions, answering calls, etc.), consumers may eventually trust the tech developing behind those AIs to drive them around as well. (The branding and personification of AI is a subject for another post, and likely several dissertations.) So as smart home tech becomes ubiquitous, more powerful, and “smarter,” it’s plausible that AI will more easily make its way from house and into the garages and driveways of American consumers.

If any company can change that twenty-year trajectory toward consumer comfort with autonomous vehicles, it may very well be Apple. Apple has an exceptional track record for popularizing technology that materially transforms the core relationship a consumer has with a product– from the personal computer, to the iPod, to the iPhone, to Siri itself.

Apple has also gone to great lengths to prove itself as trustworthy to consumers over time. Most recently, Tim Cook used extensive language around privacy and regulations during the March keynote, as he rolled out the Apple Pay credit card, Apple news service, and TV streaming service. The Verge points out, “like most Apple projects, this is more about the ecosystem than any one service.”

Apple’s consistent approach to building an ecosystem, rather than a discreet product or service, has proven to be successful time after time; consider the early aughts example of how Apple’s iTunes music software for Mac computers lead to the development of the portable iPod music hardware, which then led to the iTunes Store, a marketplace and ecosystem in its own right.

With the acquisition of Drive.ai, Apple’s ecosystem expands to the open roads, and their hardware, known for being intuitive, engineered for precision, and effortlessly cool, will likely get a lot bigger.