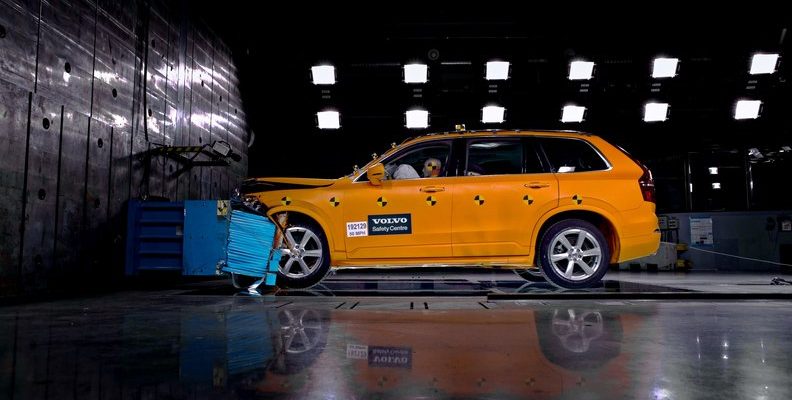 Here at Drivemode, we are constantly working to make driving safer through the use of technology. We are excited to see how automotive technologies are converging with other industries, as cars get smarter and more connected. Merging healthcare and automotive insights, startup MDGo is using advanced crash detection technology and real-time AI-based trauma analysis to connect a driver in an accident with emergency medical services.

MDGo recently earned a significant investment from Volvo through Volvo Cars Tech Fund, the company’s venture capital investment arm. With an already established reputation of being a top-safety vehicle, Volvo’s support of MDGo’s technology is consistent with their brand values. According to a 2018 article from the New York Post, the Volvo XC60 is the “safest car money can buy,”  based on crash-tests.

Earlier this year, Consumer Reports covered cars with advanced safety systems such as forward-collision warning (FCW), automatic emergency braking (AEB), lane-centering assist (LCA), and many more. Nothing on their list was similar to what MDGo hopes to provide—real-time accident data for first responders—showing a clear market opportunity for MDGo technology.

Safety is a core value for consumers, but what are the top features on a potential car-buyer’s list? Consumer Reports took a national survey of U.S. drivers who were thinking of buying a new or used car and found the following priorities:

Overall, consumers were more attracted to safety features than automation features that took control out of their own hands. However, a 2018 study from AAA revealed that drivers cannot solely rely on the technology. Shockingly, 80% of drivers with a blind spot monitoring system were unaware of the limitations of the technology, such as high speed drivers who may be out of range of the sensors. According to AAA, “lack of understanding or confusion about the proper function of ADAS (advanced driver assistance systems) can lead to misuse or overreliance on the systems, which could result in a deadly crash.”

The Association for Safe International Road Travel found that nearly 1.25 million people die in road crashes each year; that is an astounding 3,287 deaths a day. Unless things change dramatically, road traffic injuries are predicted to become the fifth leading cause of death by 2030.

MDGo hopes their technology will contribute to positive change on the roads. According to their website, MDGo’s “first goal is to save lives in car accidents by empowering first responders with a real-time trauma analysis report, describing injury type and severity for each passenger… By more accurately guiding triage, on-scene and ER treatment, MDGo saves lives, decreases fatalities, reduces rehabilitation expenses, and mitigates liability claims.”

According to Automotive News, Itay Bengad, MDGo co-founder (and doctor) explained how different industries can benefit from their technology. “In a car crash, two different verticals—medical and insurance—suffer from the same problem,” he said. “Both doesn’t know what happened, and are dependent on a subjective report. So our job is to allow this vehicle to provide all the data needed to speak my language, a physician’s language.”

As a technology company providing an ever-safer, more connected experience for drivers, we are excited to see auto manufacturers investing in new startup technologies—for surely, the continual evolution of the century-old automotive industry will be led by such collaborations.