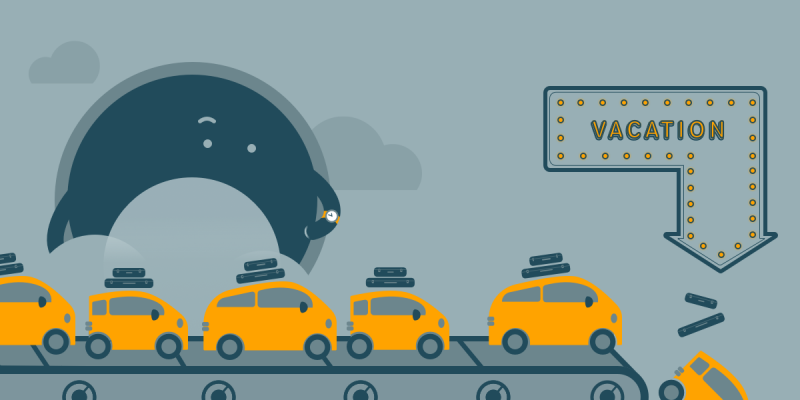 The Worst Time To Leave For Labor Day Weekend In Major U.S. Cities

With just a short time left for summer fun, folks are making plans for the last big hurrah of the season: Labor Day Weekend. This year, the last “official” weekend for beaches, barbecues, and bathing suits falls on September 1-3 which means vacation drivers will likely be hitting the road on August 30 or 31. To help drivers prepare for Labor Day Weekend 2018 and determine the worst traffic times, Drivemode analyzed driving trends of over 756K anonymized Android users during the days leading up to Memorial Day Weekend 2018. To determine the “worst” time of day to be driving in a metro area, Drivemode compared the number of minutes it took an average driver to drive one mile, hour by hour, on the Thursday and Friday before the holiday.
“Drivers are always trying to beat traffic, and before a holiday weekend, they are often more motivated to spend the least amount of time on the road as possible,” said Yo Koga, CEO and Founder of Drivemode. “We can see that drivers in different cities experiment with different times to leave, often coalescing around surprising times. Whether it’s because of day shifts ending or flexible holiday office hours, each city reveals its own unique trends for trying to beat traffic.”
Overall, leaving on Thursday didn’t necessarily mean beating the rush on Friday. The slowest traffic on Thursday was worse than Friday in Boston, Chicago, Denver, Houston, Los Angeles, Miami, Minneapolis, Phoenix, Riverside, San Francisco, St. Louis, Tampa, and Washington, DC. Unlike weekday morning and afternoon rush hours, metro drivers also weren’t clustering around standard times such as 8-9am or 5-6pm. Trying to leave around lunch (11am-1pm) on Thursday or Friday was the slowest drive in Dallas, Denver, Los Angeles, St. Louis, New York, and Riverside. Leaving after lunch (2pm-4pm) was the slowest drive in Atlanta, Chicago, Philadelphia, Riverside, Tampa, and Miami. Leaving after 8pm on Thursday or Friday night was the slowest in Houston, Atlanta, and Dallas. 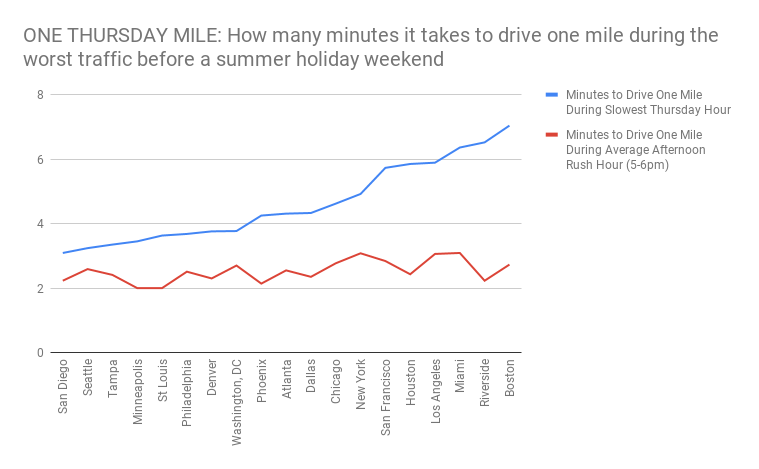 The chart below shows that on Friday, drivers in New York City, Atlanta, Dallas, Miami, and Boston are seeing 85%-129% slower drives than their average rush hours. 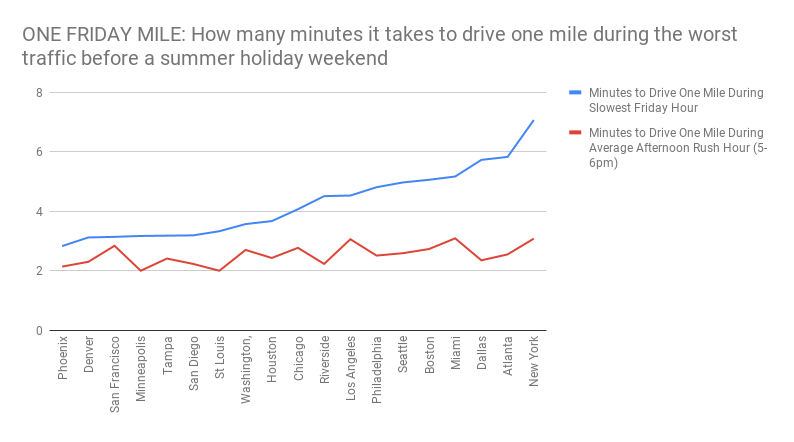 For further insight and a full list of times for the slowest and fastest commute times by metro, see our Data Report: Where and When Commuting Takes The Longest.